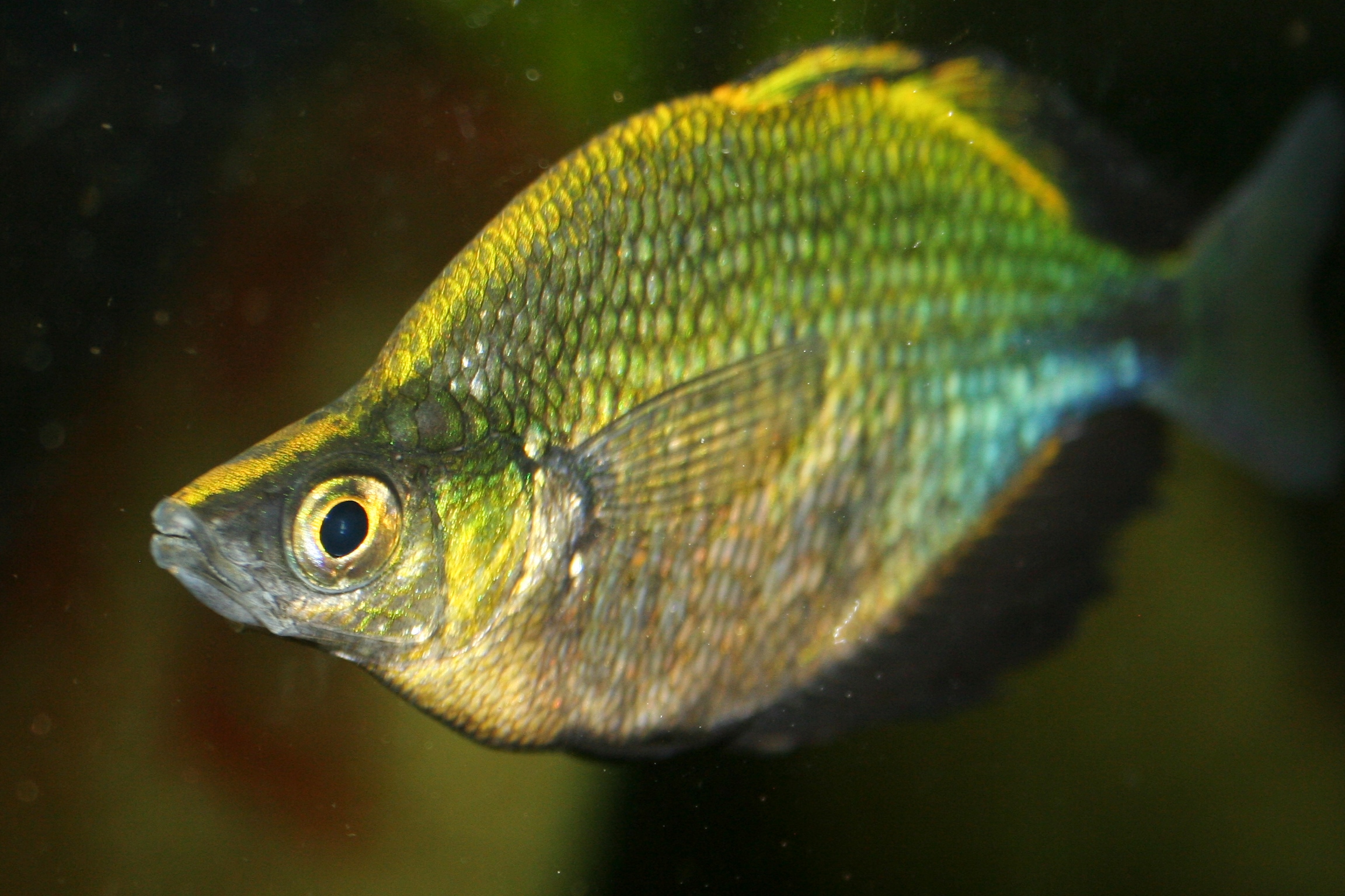 Glossolepis wanamensis is a fish species being pulled in several directions, and we as hobbyists can have an influence on where and how it goes.

In nature, it is probably doomed. It’s red-listed as critically endangered, but has not been seen in its home lake for quite some time. Hopefully, there are some hanging on somewhere in the Lake Wanam region of Papua New Guinea, but the introduction of African Tilapia group food fish has probably ended its run. When invasive species are introduced to environments, even for seemingly sensible reasons, the ancient ecological balance often can’t recover. These rainbowfish just can’t compete with, or even survive the voracious appetites of the invading Cichlids.

Luckily, some were brought out of the habitat not only for the aquarium trade, but for conservation at an institution in neighbouring Australia. We aquarists are very good at breeding and maintaining fish, but we don’t always have the resources to do it right long term.

And so, G. wanamensis barely live on in our hobby, where they are seeing a sudden (and possibly temporary) burst of popularity. For years, they simply couldn’t be found outside of the tanks of a few dedicated aquarists. At one point, I spent over 20 years trying to track down some unhybridized wanams. Recently, I’ve even heard them referred to as ‘common rainbowfish’.

Wanams are interesting fish, if you like subtle colours and odd shapes. At a first glance, you can be forgiven for calling them ugly. Stressed in a store tank, they will often fade to a dull grey.

Bring them home, and you may think each individual is 5 different fish. Depending on their mood, their rank and your aquarium setup, that grey fish can turn green, then very green, usually with a lot of blue highlights. The green can pick up light and glow yellow. Males can light up a strip along the spine to white, silver or even a fluorescent green. Then, as the tank darkens, they can decide it’s time to turn black. If you’ve never kept rainbowfish, wanams are a good introduction.

They are restless fish, and do best in a tank 36” / 100 cm long. They like to swim and display. They actually do well in communities with smaller fish, even though a male can reach 4” / 10 cm. They have small mouths and have always shown a very easy-going approach to any fish that doesn’t try to outrace them to food. They do like to eat, and they aren’t great at sharing food with slow moving tankmates.

The easy-going but busy nature of this species makes them ideal for fish watchers. While no rainbowfish will ever approach a rainforest Cichlid in terms of caring for their young (they lay eggs and forget about them), they have social structures that are neat to figure out. It’s a bonus that unless you coop them up in tiny tanks, no one gets killed in the rank sorting process.

Breeding these critically endangered fish is extremely easy. Most of what’s involved is in your decision making. If you really want young, they’ll oblige. 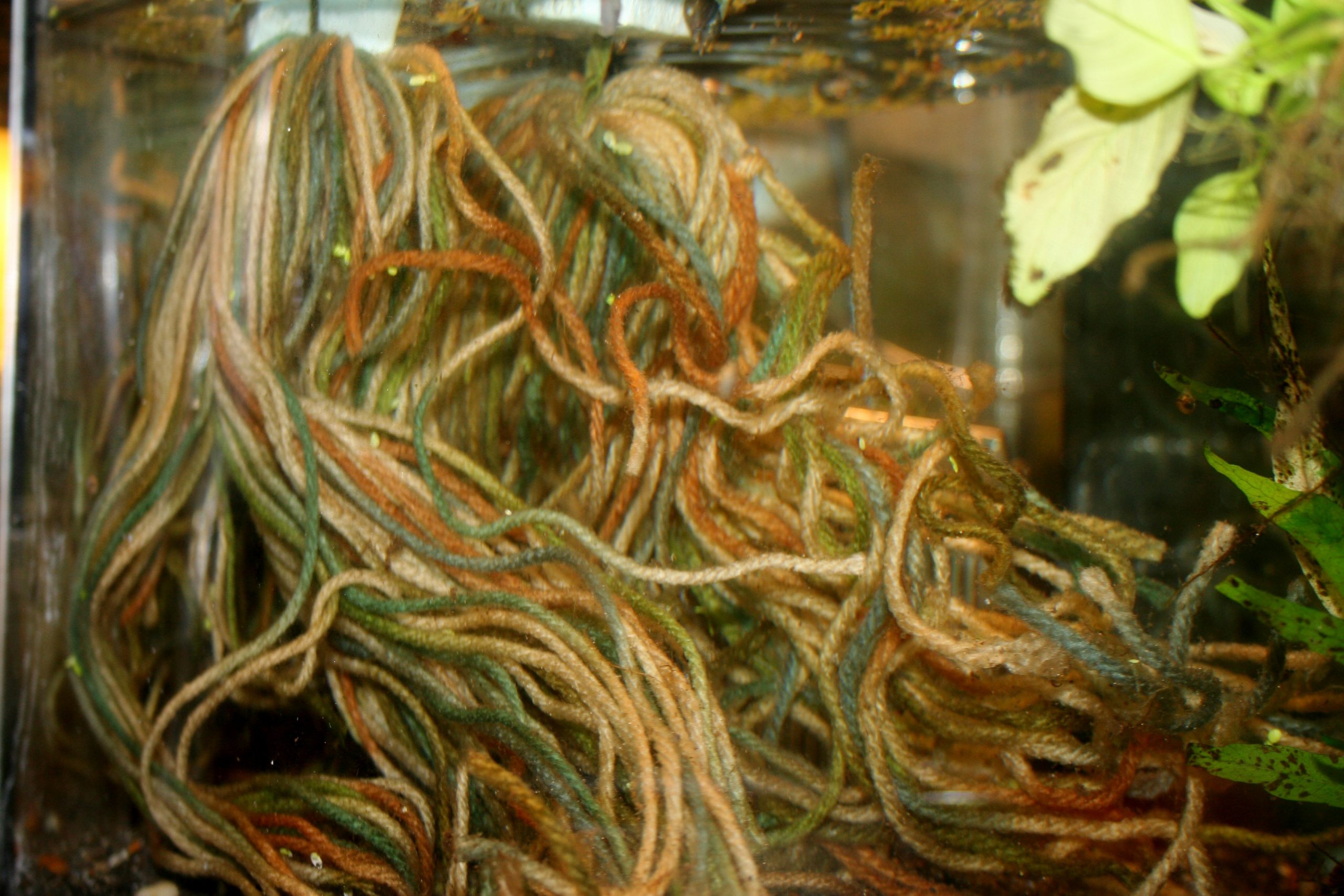 Will you offer them enough space? Will you give the fry room to grow? Are you ready to hunt down the smallest of foods for their surprisingly small, slow-growing fry?

In a clean, warm (78°F / 26°C) tank of at least 20 US Gal / 80 L, you introduce pairs who have been apart and fed well for at least a week. You add spawning mops, a mainstay of the similar killifish hobby. I’ve never seen these do-it-yourself devices sold in the hobby, but they are very easy to make. Make a loop of acrylic wool around a hardcover book, tie the top, cut the bottom and add something to make them float. There’s nothing to it. Acrylic mops are not pretty, but rainbows love to fill them with adhesive eggs. We like to be able to lift them out and move them to hatching containers.

I leave the adults in for 5 days (every breeder has different techniques depending on their goals). I don’t want hundreds of fry because this is just a hobby for me, and they need a lot of room to grow. Breeding a few of them every summer gives me fish to share, and maintains a good group of these long-lived fish in my tanks.

After about a week, tiny black fry will appear at the surface. They can be hard to see. The finest of floating powder foods are needed – what is available will differ from country to country. It can be a couple of weeks before they can eat the staple of fish breeders, freshly hatched brine shrimp.

They will grow slowly and steadily. Really beautiful males can take two years to become their fully spectacular selves.

People say that a good angler is a patient person who takes time to get the right fish to take the bait. A rainbowfish keeper has to be equally patient, as among popular aquarium fish, there aren’t that many that take as long to get to adult size as this group.

I like to keep groups of wanams around, spread over a couple of tanks. I’ve seen the boom and bust cycle of aquarium fish popularity too often to take it for granted I’ll be able to find this fish again if I stop keeping them. This tends to be a ‘here today, gone tomorrow” hobby when we look at uncommon fish.

They can also end up ‘gone’ even if we think they are easy to find. Glossolepis wanamensis is the very distinctive result of a very long evolutionary process. We humans love to mess with such things, and to ‘improve’ on nature’s handiwork. Almost as soon as the fish was first collected, fish farms, either by error or design, began to cross it with related, equally distinct species. The new mutts they created ceased to be natural species, and became ‘breeds’. They were sold under the wanamensis name because the fish was one rainbowfish fanciers were known to want. 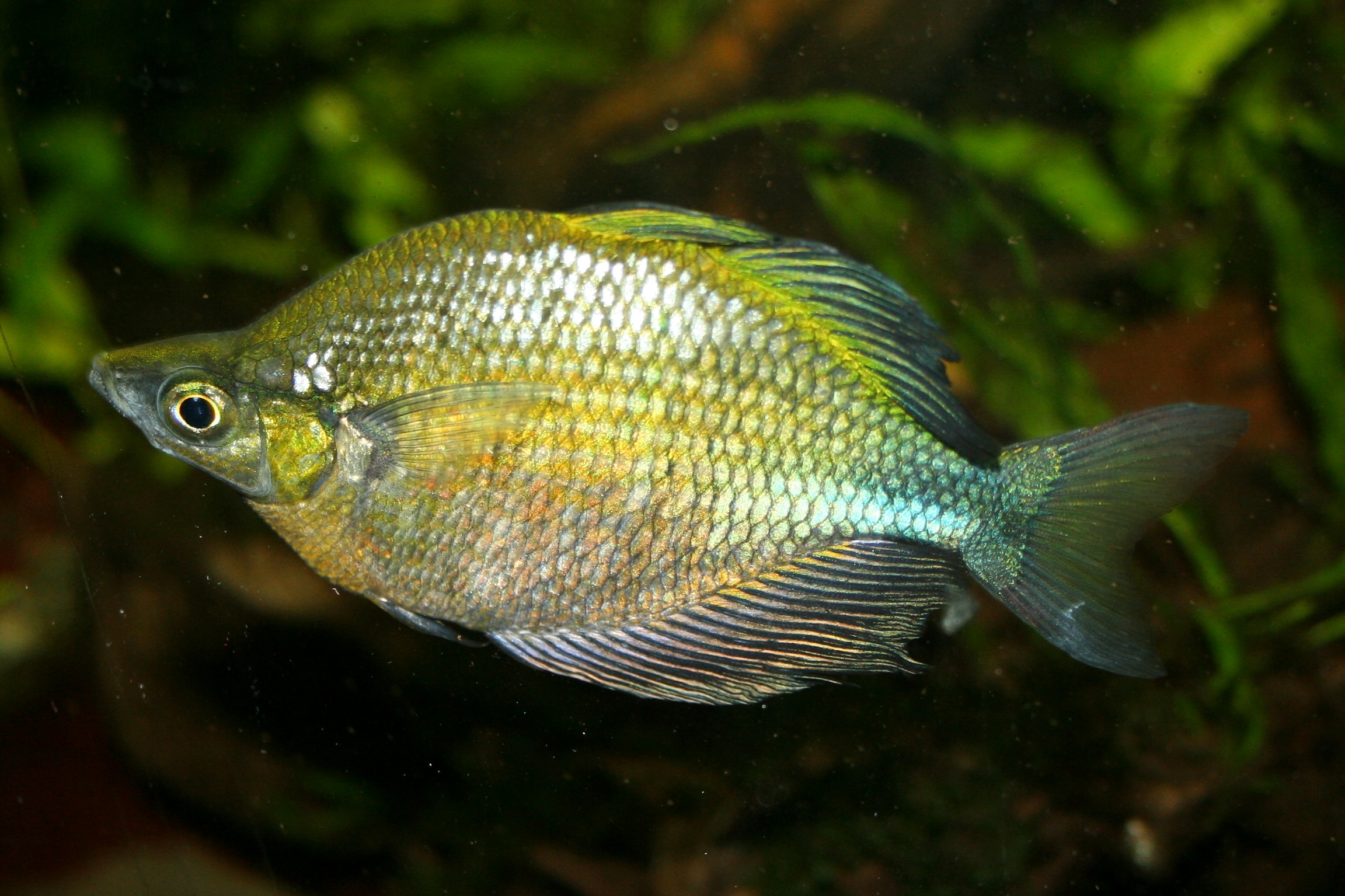 I don’t know about you, but I would rather see what nature has done, rather than seeing our hobby throw everything into a pot and boil up fish mush. With a probably extinct fish like G. wanamensis, there is no going back to basics once we’ve crossed it. You can’t make it come back.

The aquarium hobby can’t save the planet, but it can help teach us how wonderful the diversity of the world is. By supporting the ethical breeding of aquarium fish, and maybe engaging in a little help for homeless species, we can keep the learning going. It doesn’t hurt that we can participate in such a fine process by keeping a fish as beautiful as the Lake Wanam rainbow.

I’d like to thank Dave Pauls, Lori Syrjala for sharing information that helped increase my understanding of this beautiful fish.