Swordtails are one of the most interesting fish in the hobby. We have the beautiful hybrids in pet stores – elegant fish that are usually shades of orange with varying degrees of black markings. Sometimes we see helleri type swords, green swords that are close to the original natural species that entered the hobby.

The orange versions are artificially selected, based on meticulous, hard work done by breeders starting close to 100 years ago. They took the natural Xiphophorus helleri, and crossed it with an apricot colored X. variatus, a platy cousin. They also mixed X. maculatus, the platyfish, into their genetic soup. In doing so they created a more colorful fish that retained some of the beautiful shape of their wild ancestors.

The last time I bred platys, many times the size of their natural forebears, half my male fry developed short, stumpy swords. Over my time in the hobby, I have watched platys getting bigger and bigger, and swords on swordtails often shrinking. It’s easy to become frustrated with the often unhealthy Xiphophorus available to us. 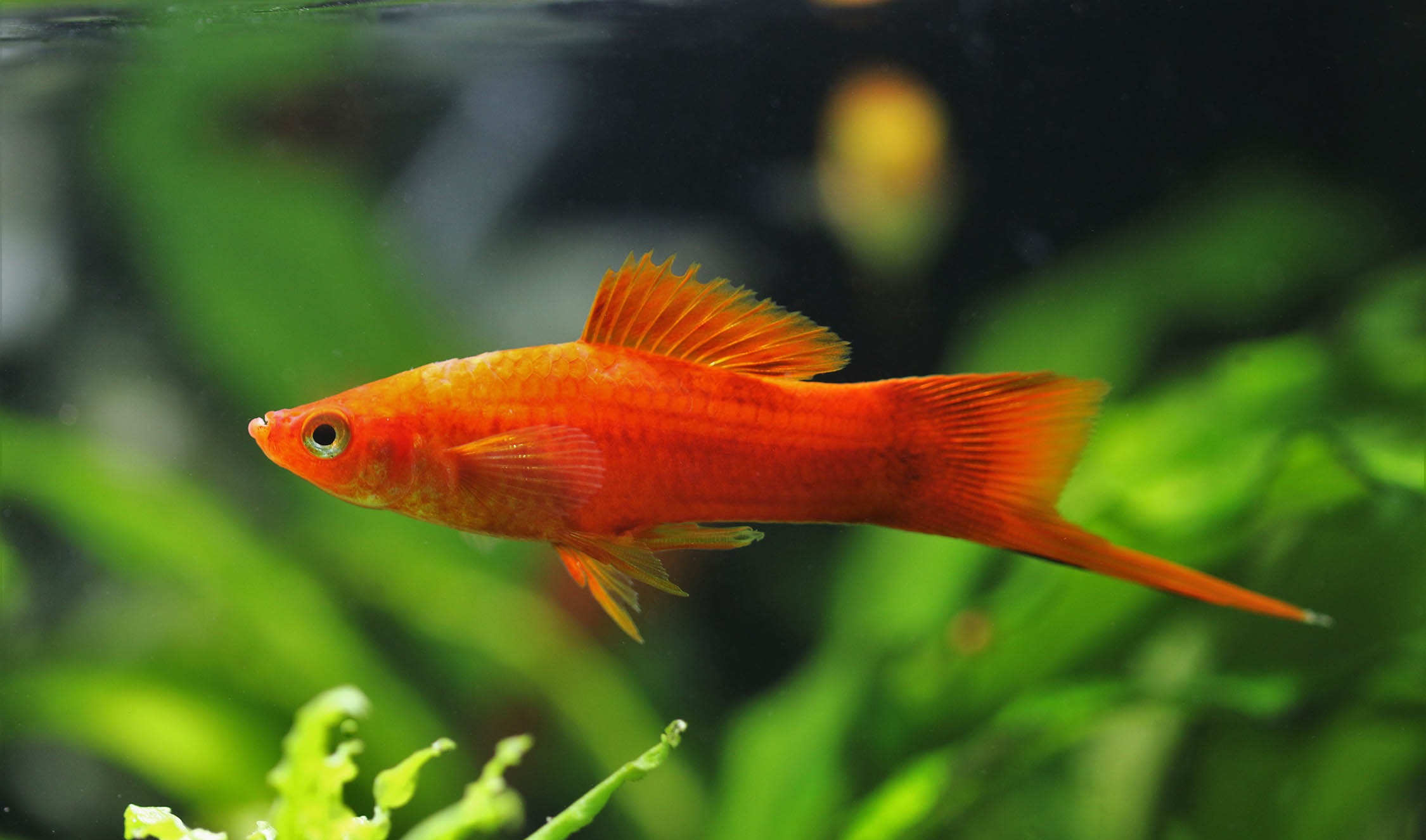 Like previously indestructible guppies and neon tetras, swords and platys are actually now seen by many as fragile fish. That is quite a reversal.

If we go back to basics and look around Mexico, Guatemala and Belize, we find a bewildering diversity of distinct species. Aquarists more familiar with domestic swordtails like to use the word “breeds”, and it does apply to the human-made mutts. But platy and swordtail diversity has gone down a number of different streams, as geology has isolated different Xiphophorus from each other for very long periods of time. These aren’t breeds, but independent species.

Wild type livebearer enthusiasts can keep large, heavy bodied and slow growing X. mayae, or slender quick X. alvarezi. If you like long swords, the finest swordtail is X. montezumae – their swords can be longer than their bodies. Green helleri sometimes show up, as do short sworded but beautifully patterned X. malinche or X. nezahualcoyotl. In total, there are 17 swordtail species known to date.

There are also 11 platy species. One of the great ironies of our hobby is that many aquarists think the “real” Platy, Xiphophorus maculatus, is something common. It is along the Atlantic coast of Mexico to Belize, but in the hobby, it is incredibly rare. The only unhybridized ones I’ve ever seen were feeding around the safety of a submerged log in Belize, with foot long predators watching them from open water (while much larger crocodiles were watching me).

A few years ago, I was fortunate enough to get two species imported from Lago Catemaco in Mexico – X. kallmani (a swordtail) and X. milleri (a platy). The video accompanying this blog shows kallmani, a fish named after a much respected genetics researcher.

Why would a geneticist be connected to a Mexican swordtail? 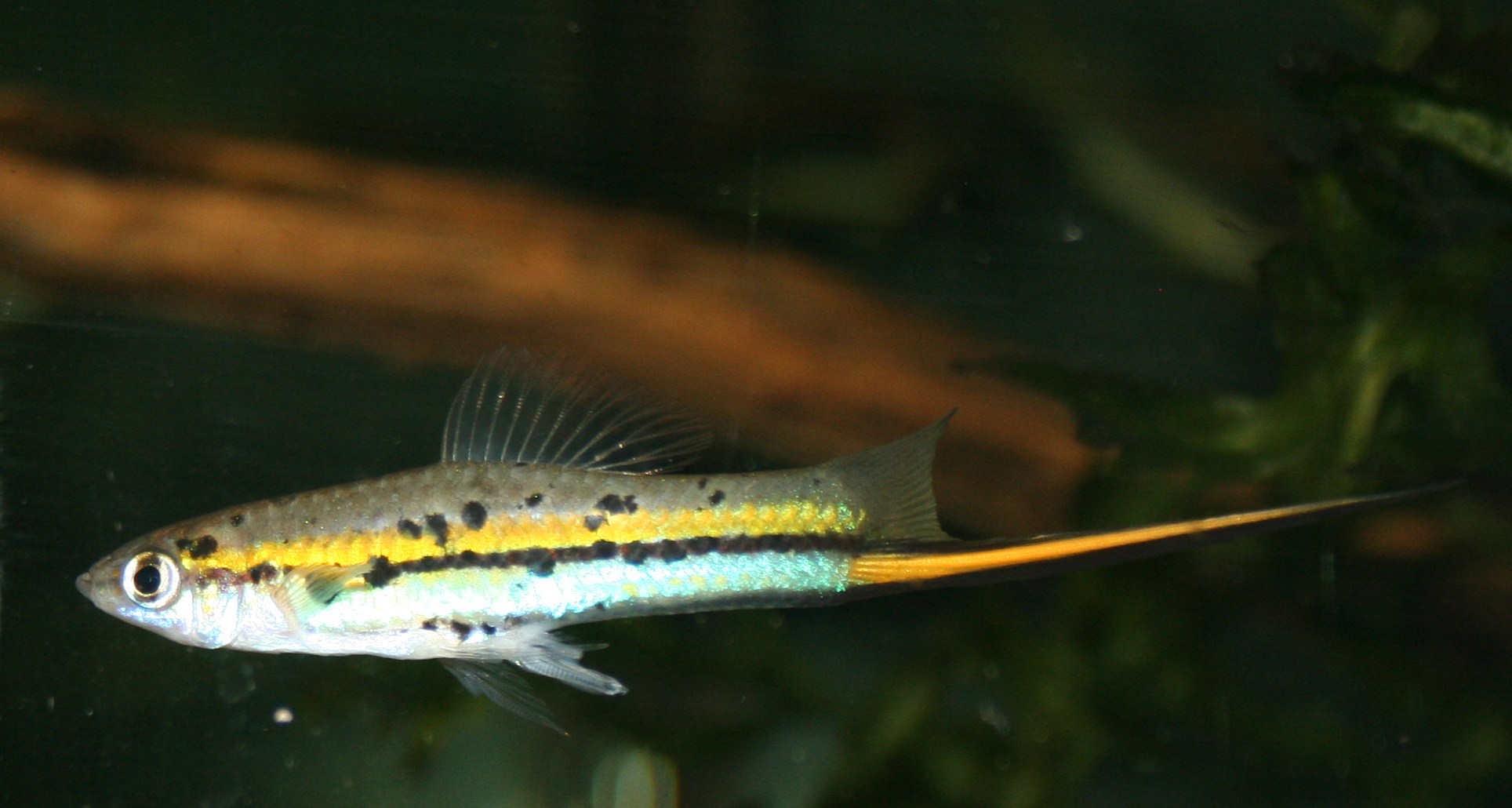 The genomes of swordtails are intensely studied for cancer research. Swords and platys have a genetic predisposition to cancer. In the stunning X. montezumae, females actually choose cancer spotted males over healthier ones, until the cancer becomes too prevalent in the population. At that point, they switch their tastes and choose Melanoma-free males, in a cycle that endlessly circles. This weird process may sound abstract to aquarists, but for years I kept a large group of montezumae in a big, planted tank (swords tend to eat their young in small, bare tanks. In large tanks, they breed like rumors). I saw the cycle in the tank, as waves of short-lived fish would show the non reflective black blotches I didn’t want to see, only to be periodically replaced by waves of fish with healthy, reflective spots and far longer lifespans.

Early aquarists weren’t known for their respect for bio-diversity, and as soon as they had Xiphophorus, they set about “improving” them. There is a strong possibility that the tendency for cross species hybrids to have out of control cancer rates actually led to the development of some of the strains we see in stores today. They could well be descended from the lucky cancer free results of early experiments.

Swordtails have another interesting tendency many hobbyists have reported – sex changes. They can happen, but in many cases these tales are the result of a phenomenon that can make ethical swordtail sellers miserable. Swordtail males sex out in waves, with how much this happens seemingly dependent on which species they are.

In practical terms, in an average group of young, a percentage will become obvious males within a few months. They will be slender, showy fish – the standard swordtail male of photographs. The price of an early start is an earlier death, unfortunately. Meanwhile, in among the heavy bodied fish we think are females, there will be ‘second wave’ males lurking. In time, the black pigment they’ve stored will start to move along the base of the back half of their bodies (never sex a sword by the dark gravid spot!) to form the base of a late appearing sword. They will have higher backed, heavier bodies than their brothers, and will also live longer. 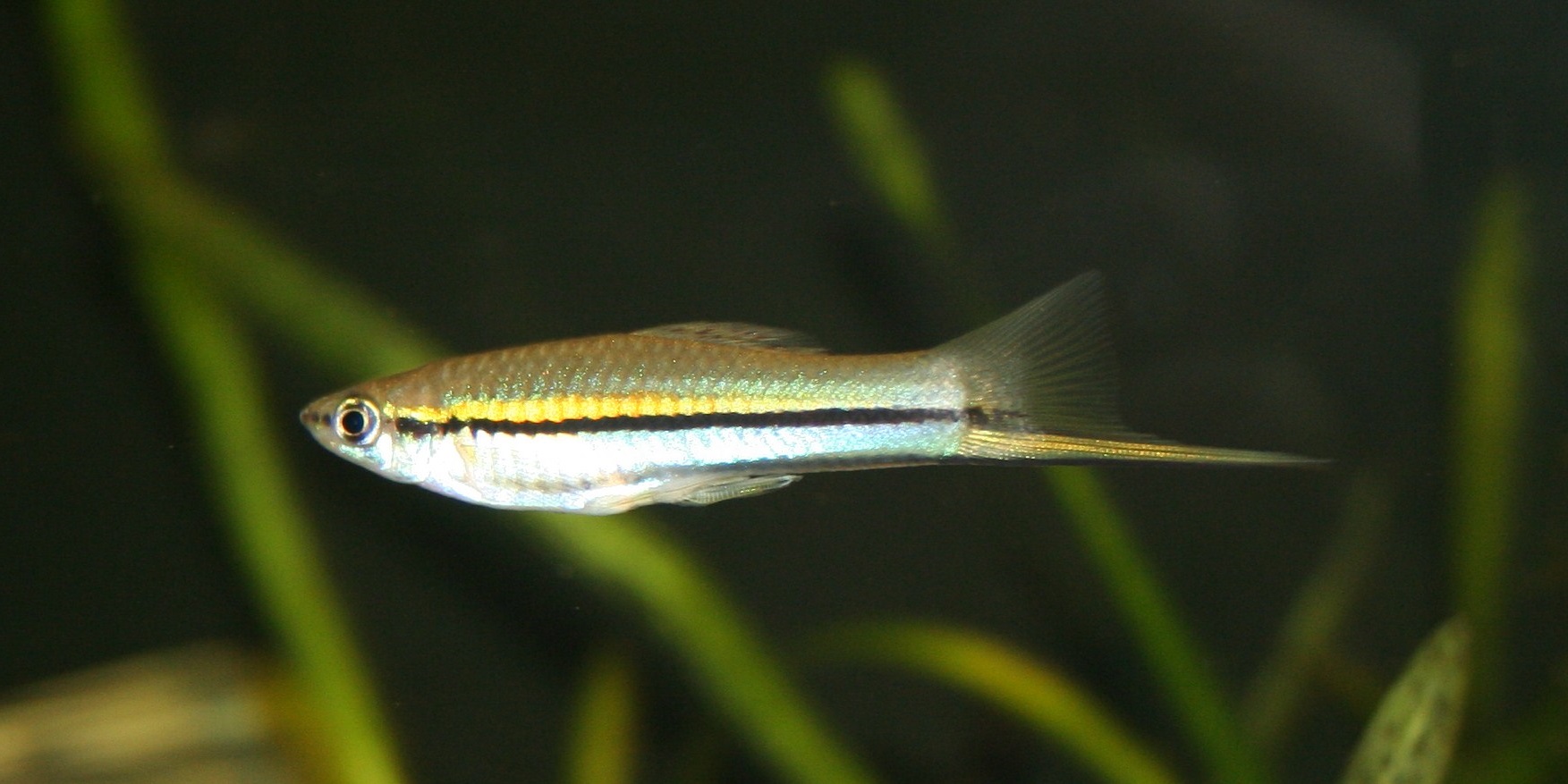 If you are buying swords, it can be a good idea to get half a dozen, if your tank is big enough. Your females may be late blooming males.

If you aren’t a cancer researcher, you still have plenty of reasons to look for these active, distinctively shaped fish. Indeed, you may want to raise your game and have a look at wild type Xiphophorus species. They are admittedly hard to find, but since you are on the Internet to read this, you have access to the tool you need to go fishing.

Almost every fish club has a couple of wild livebearer fans, and breeders can be found on a number of platforms. The danger with rare fish is they turn YOU into a breeder, since you learn how much harder they are to find than the usual aquarium store offerings.

Several of the Xiphophorus species are critically endangered, which can be a draw for aquarists who want to do their bit to keep them around.

If you have at least a 1 metre / 3 foot tank, give them a chance to win you over. They’re good at that.